GD. findi is used by many manufacturing manufacturers and educational institutions.

Are you struggling with these problems? 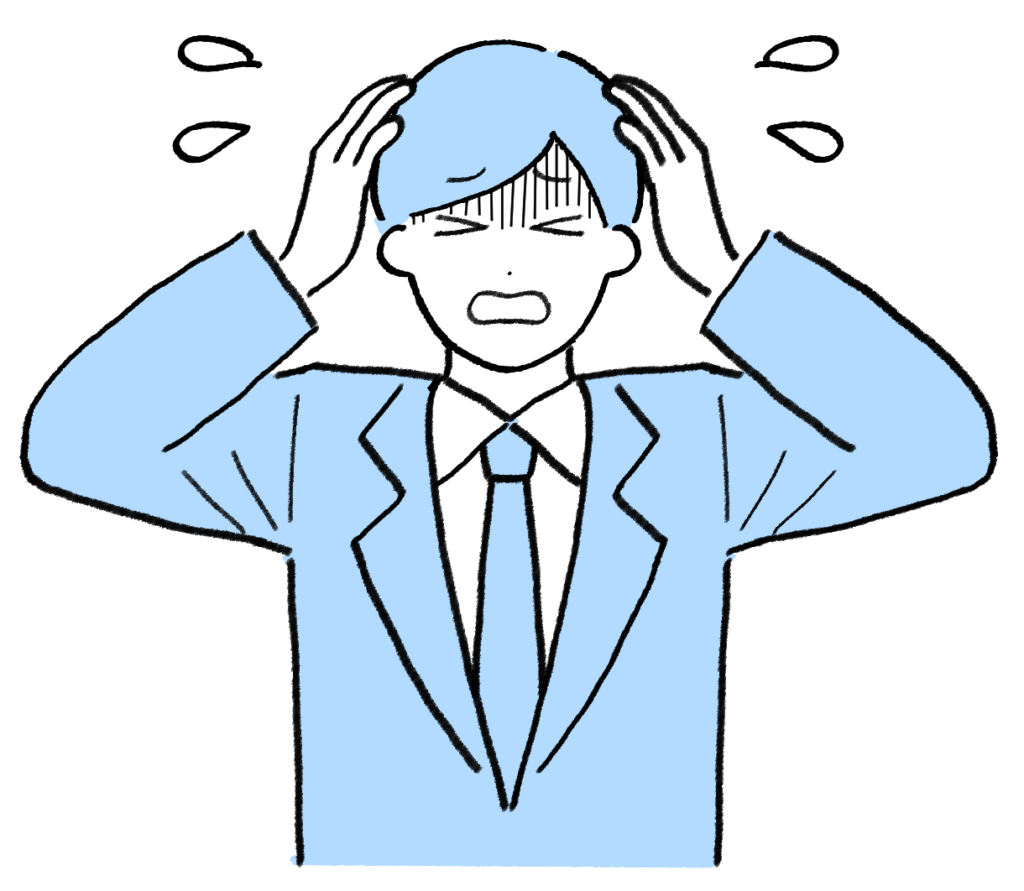 In production engineering operations such as reviewing process design, renovating factory floor layout, making production and personnel plans, or introducing new factories and equipment, “data as a basis for decision making” is essential.

GD. findi MS is the best solution for such problems!

Validate your production system with simulation of GD.findi MS.

The simulation results allow you to make decisions based on data and indicators that will optimize your organization as a whole.

Calculation of KPIs from simulations for analysis and verification

By using simulation as a communication tool, we can have more logical discussions, and we are positioning GD.findi as one of the tools for cyber-physical systems

When we were introduced to GD.findi, we immediately understood that it would be effective in solving our problems.

GD.findi allowed us to visually see the effects of improvements and to quantify the optimal solution based on simulations and set it as a KPI.

Innovate the culture of manufacturing to the level of high economic efficiency by enhancing the art of engineering.
High productivity of engineering with GD.findi makes production simulation applicable to projects with a wide range of bases than ever before.

GD.findi enhances the art of engineering and generates 10 times as much economic value as conventional simulators, thanks to its applicability to implement for the wide-and-varied engineering subjects. 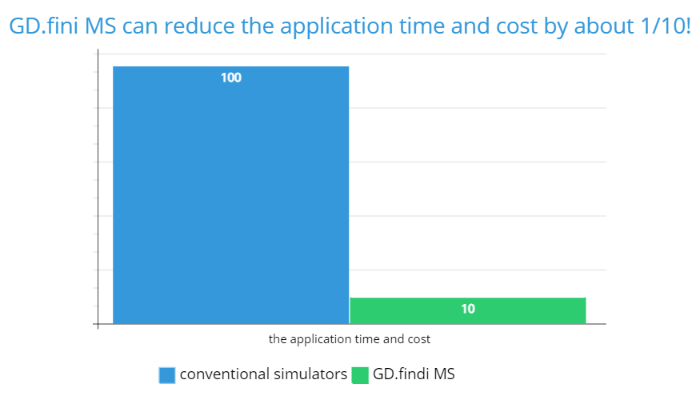 Its applicability was very limited, unless it was developed to suit a specific project, subject, and purpose. This special customization required a lot of cost in time and HR, which made it further difficult to publicly use simulators. This is the reason why it has been big-budget projects only that was privileged enough to use simulators: no small-scale project could afford it.

GD.findi MS does not require special development, thanks to its patented data-model technology. It helps to reduce the cost to implement a simulation dramatically – 90% less compared to conventional simulators – and represents a technology that enables a dramatic enhancement of the engineering utility. GD.findi is open, budget-friendly, widely applicable, and easily accessible to everyone, regardless of budget or engineering subjects.

GD.findi unchains simulation from the rule of its experts, and makes it a means of digital transformation for everyone to innovate production system design.

Simulation has been a privilege, used solely by the riches and IT elites. GD.findi unchains simulation from the rule of IT technocrats, and makes it a means to facilitate digital transformation of the production system design, and to enhance the qualified engineering skills.

The applicability of conventional simulators has been very limited, due to the required development by highly trained experts of IT and simulation to meet a purpose. A separate order has to be placed for this special development, which however is very costly. And this caused not only a tremendous cost and time, but untransparent communication between buyer and vendor, which often ends up creating a software, unsatisfactory for the initial purpose to use simulation for.

GD.findi MS is an answer to such problems of conventional simulators. Thanks to its patented data-model technology, GD.findi is not only able to satisfy a purpose, which a production simulation is meant to be applied for, but also easily accessible to every manufacturing professionals.

“Virtual KAIZEN” with GD.findi helps to accelerate the development of Lean Manufacturing and maximize the production capability with intuitive and interactive iteration.

GD.findi can create “KAIZEN” plans, and implement them at virtually-created production site as many times as necessary. It helps, even from the pre-design planning phase of project without anything but ideas, to develop a master plan of lean manufacturing, and maximize the production capability. 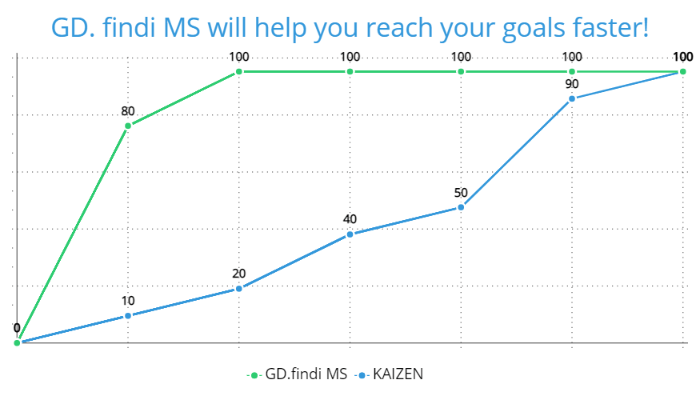 “Traditional Kaizen” has been a key methodology, which has sustained a competitive manufacturing culture in Japan. However, its limit was always clear: not possible to implement any “Kaizen” agenda without something real, like onsite machines. Thus traditionally, “Kaizen” has been planned and developed only after production is ready and running, simultaneously observing the production status. It was not expected to achieve the best of best to maximize the production, but something no more than realistic for a good deed of effort and time.

GD.findi can embody the Kaizen ideas to improve the overall performance of production in the reliable shape of simulation, aimed to develop further lean manufacturing.

*Lean Manufacturing is meant to produce – provide – the best value for customer with the least cost, by means of strict and efficient control of the value flow, which is aimed to get rid of waste of any kind.

By inputting data from process charts, MBOM, CAD drawings, production plans, work control charts, etc. into GD. findi and running simulations, you can output indicators that can be used for various kinds of verification and analysis.

GD. findi MS simulation data can be shared in the cloud, enabling timely information sharing with other sites. It can also be used regardless of the IT environment, as it does not require the company to prepare its own server.

Our Support Group, who are well versed in production systems and actual plant conditions, provide conscientious consulting services to our customers. From various angles they propose ways to put “production system simulations” to utilization, to ensure appropriate responses to management issues and on-site problems within the manufacturing sector.
Learn more
Contact 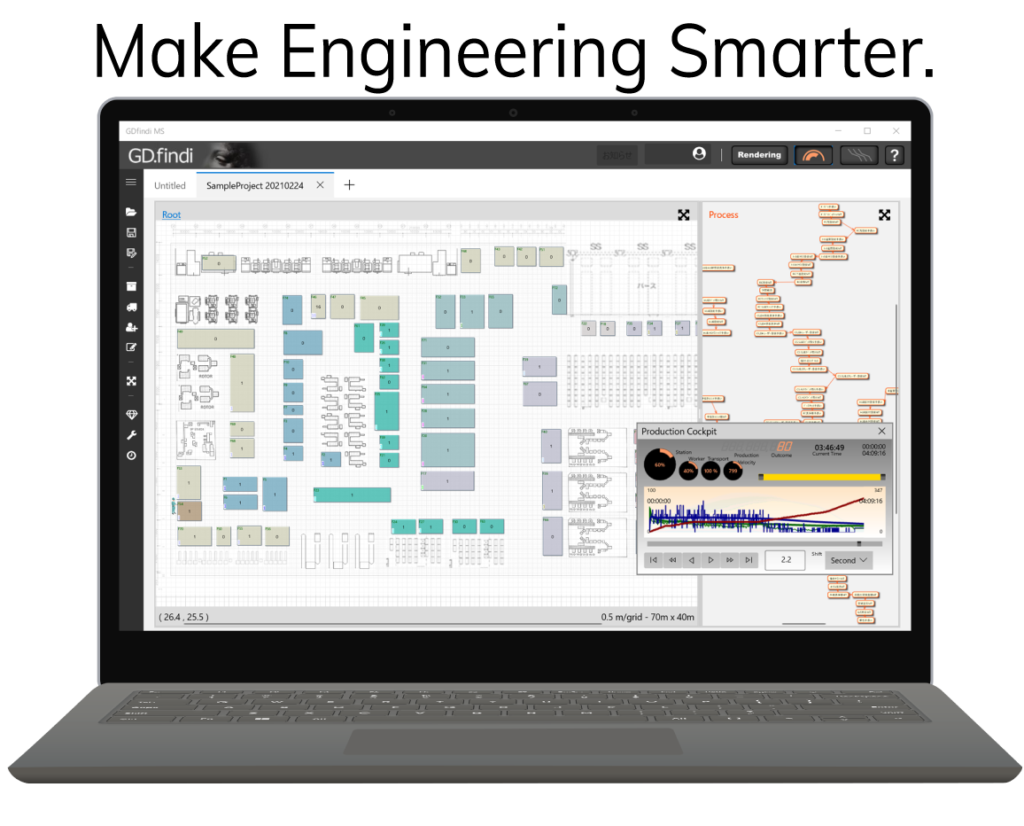